Food policy in Mexico has focused primarily on amending short-term and proximal causes of food insecurity to ameliorate hunger. Even though the definition of food insecurity encompasses availability, access, utilization, and stability; researchers and policymakers have chiefly focused on availability. Mexico’s extant inequalities across regions and populations reinforce the relevance of using a geospatial methodology in order to assess spatial spillovers in a heterogeneous context. 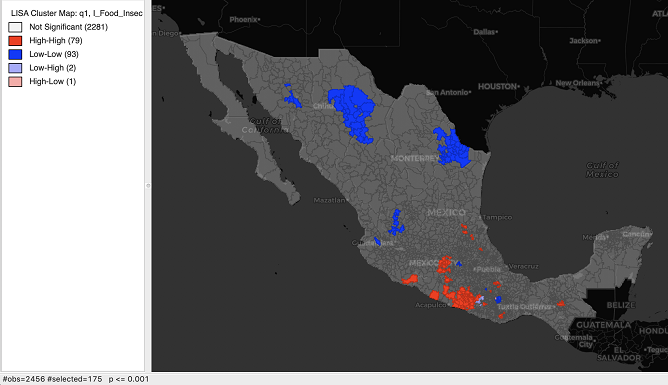 The main purpose of this study is to measure the spatial effects of macro level, distal factors and their impact on food insecurity. The results of spatial regression models show that lack of basic services (water, electricity, and drainage) has the greatest effect on food insecurity levels. In particular, deprivation of basic infrastructure has mostly affected the rural, indigenous populations of Mexico’s south-costal region.