GeoDa is a user-friendly software program that has been developed since 2003 to support the free and open-source spatial analysis research infrastructure. It has one goal: To help researchers and analysts meet the data-to-value challenge. This challenge involves translating data into insights. The program is designed for location-specific data such as buildings, firms or disease incidents at the address level or aggregated to areas such as neighborhoods, districts or health areas. What differentiates GeoDa from other data analysis tools is its focus on explicitly spatial methods for these spatial data. As of January 2019, over 280,000 analysts are using the program across the globe.

To translate data into insights, tools are needed that go beyond mapping the expected and towards discovering the unexpected. GeoDa aids this process in several ways: By adding spatial statistical tests to simple map visualization, linking data views of spatial and non-spatial distributions, and enabling real-time exploration of spatial and statistical patterns.

Spatial statistical tests distinguish patterns that just look like spatial clusters from those that are spatial clusters with a degree of certainty, compared to spatially random patterns. Since we are prone to “patternicity” or overdetection of patterns, statistical tests help differentiate clusters that are real from those that are not. Examples of these statistical tests in GeoDa include so-called local indicators of spatial association (LISA) that locate statistically significant hot spots and cold spots on a map (see LISA map below). Another illustration is a map of residuals from a multivariate regression model to identify places where the model does not perform as well as in other places. In comparison, residual maps from spatial models can show how model performance is improved across places. 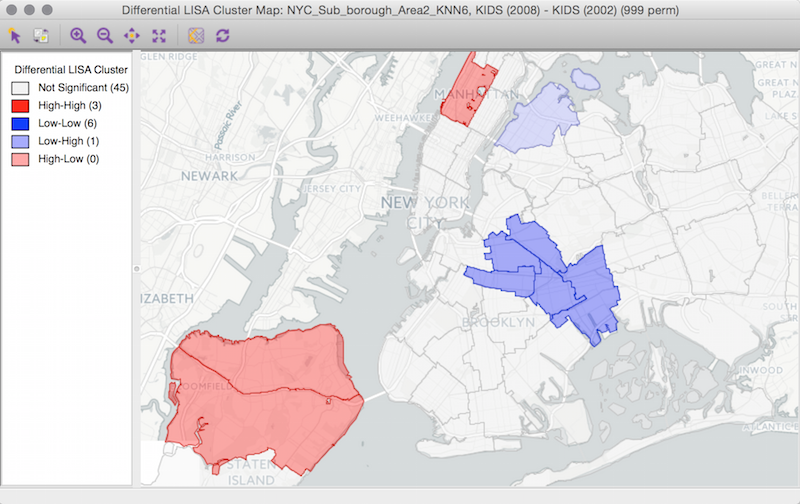 The complexity of making sense of the characteristics of one area is increased further by jointly analyzing multiple areas, now and over time. GeoDa helps structure the detection of new insights in this context by visualizing spatial and statistical distribution of each variable in separate views. These views are linked to allow analysts to select subsets of a variable in any view and explore where in the spatial and non-spatial distribution these subsets fall. For instance, the relationship between homicides and economic deprivation has been found to hold in urban but not in rural areas (Messner and Anselin 2004). 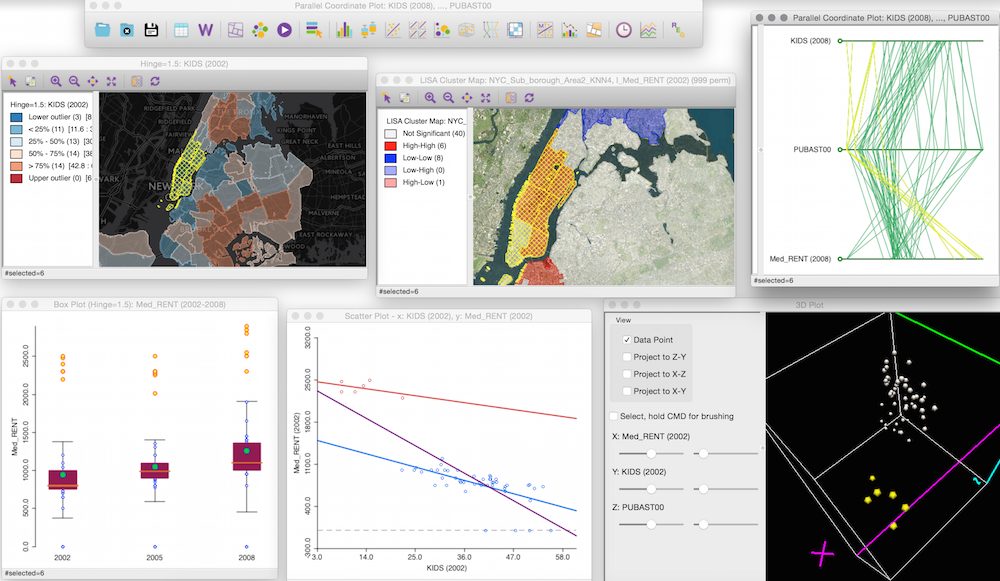 ... and real-time exploration of data patterns

GeoDa supports the detection of insights in real time through an interactive design that dynamically updates the selection of data subsets across views. In some views, statistical results are recomputed on the fly. For instance, a statistical test (Chow) that is updated dynamically helps analysts detect sub-regions that diverge from overall trends, as in the homicide case above (a so-called Chow test is used to compare differences in the regression slopes of selected and unselected observations in a bivariate scatterplot). In another example, an averages chart aggregates values for selected locations and across time to statistically compare differences in trends for these sub-regions. This can be used to explore differences on the fly betwen impact and control areas before and after an intervention. 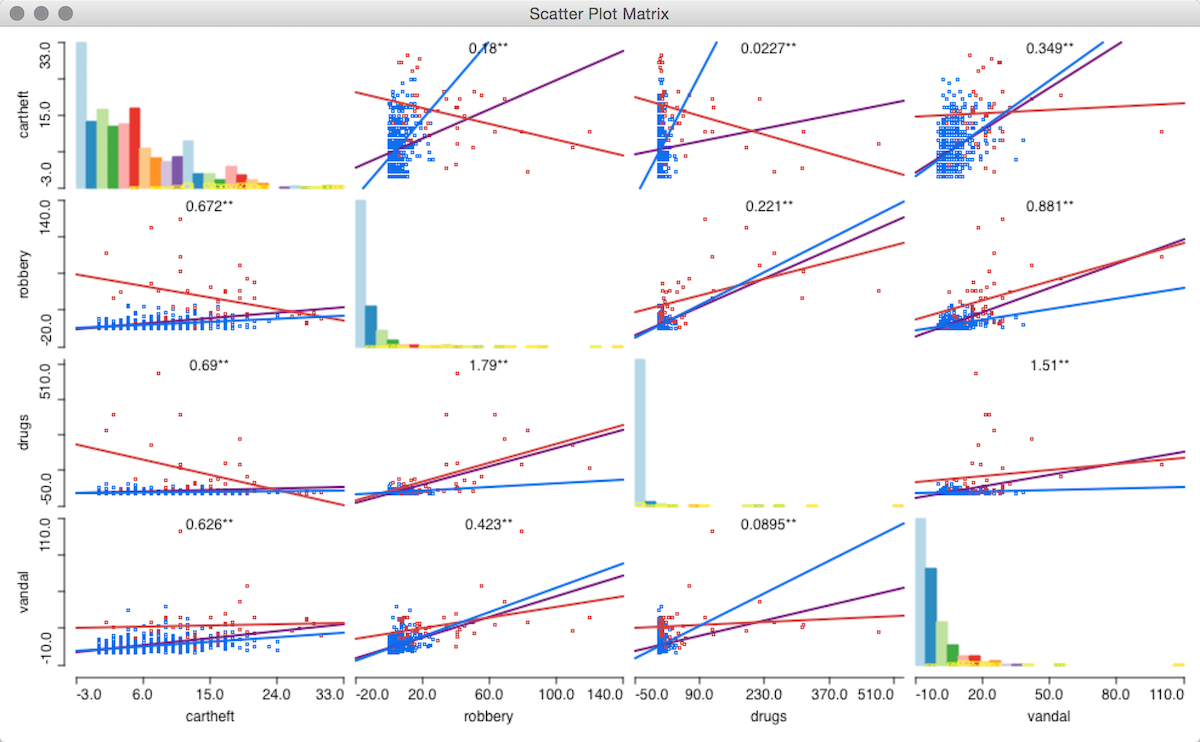 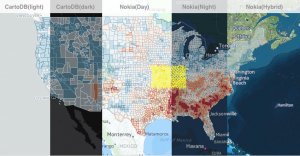 The Averages Chart aggregates trends across time and space. 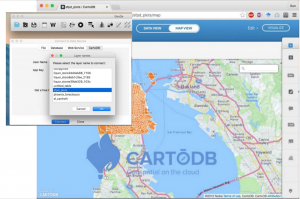 The latest version of GeoDa integrates with CartoDB.